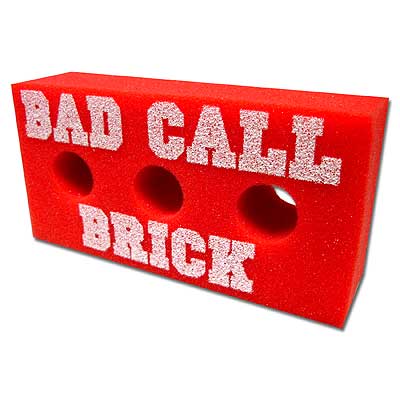 Last night during the NU vs Mizzou game, before the Husker’s comeback against the Tigers matched the largest fourth-quarter comeback in school history, there was quite a bit of tension among Nebraska fans.  Discussion involved talking about a “Big Red Brick” that one remembered from his college days – a red foam life-like brick complete with holes that one could throw at the TV when a bad play was called. So today after 27-12 win, I decided to see if I could find such brick for the next game.

Here’s what I came up with so far…

Now I’m considering ordering my own Corporate Logo Foam Bricks to promote this very Husker website and hand out – who would want one??